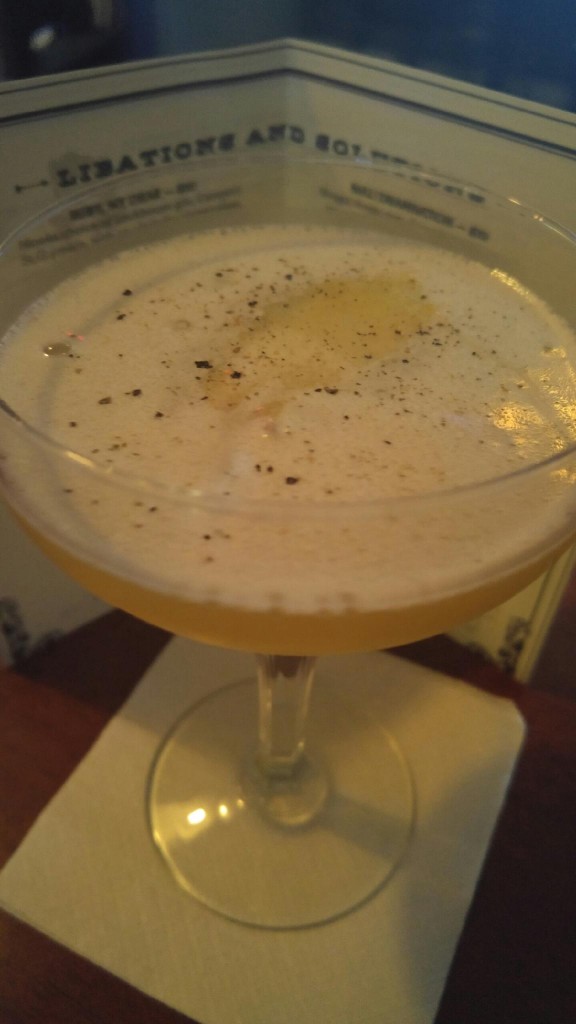 Craft cocktails and the culture associated with them are exploding everywhere. The Buffalo area is no exception and in an effort to bring the home mixologist closer to the pros behind the bar we are creating a craft cocktail series where we explore the process of making cocktails and have some great drinks along the way. All drinks will be featured on the bar cocktail menus, and when you find one you want to try your hand at just come in to cavalier and get a discounted price on all the ingredients we carry.

As an amateur drink mixer upper I am often amazed at some of the creations that these guys and girls come up with. A prime example of this is Winfields pub, our first installment in the series, where Thomas Daulton serves up fine libations with his own flair. Winfields Pub was opened two years ago by Tab and Cheryl Daulton with the promise of gourmet food and fine spirits, I was skeptical based on the former bar that occupied the space but decided to give it a chance anyway and I am glad that I did. The food is what immediately sold me, but more about that later for now back to the drinks.

In an effort to be uber local we used two gins from around the area the first of which was Black Button, a citrus forward gin from Rochester that is delicious in its own right but Thomas decided it would play well in this variation of a Ginger Tom that we called Tom the Button. 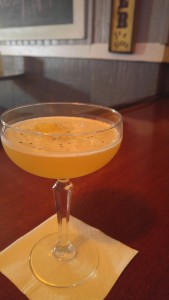 For the first tasting panel we had Haris, Kevin, Dan, Julie (to add a female perspective) and of course Thomas.

This drink took a little fine tuning Thomas originally mixed it with an ounce of lemon but we found the second iteration with .5 oz to be better. Dan said it allowed the gin to come through more prominently which is a great thing. We also tried a later version with a different cognac but Remy Martin is hard to replace. Some other notes on the drink:

Back to the food real quick because I’d be doing you a disservice not to mention it. The food is in a word delicious, while the menu seems simple the food is elevated and there are specials daily along with the soup du jour (in my opinion Tab makes some of the best soup in Buffalo so be sure to try it.) The way things are trending lately it is hard to have a successful bar without food to back it up and Winfields delivers that in spades. While we were thinking about the second drink all four of us ordered food. Haris ordered the fish tacos as did I, they are a great light meal or can be a good appetizer for a small group. Dan and Julie ordered the grilled cheese bites and found them very satisfying. Other notable items are the lamb burger (my personal favorite,) the pork chop dinner, and their fish fry (Friday only.) Also don’t sleep on the kikis warm potato salad it may not sound like much but it will surprise you. Please check the next post for the second drink because they only allow one recipe per page.